If you are an avid news watcher who likes to always keep themselves up-to-date with whatever is going on around them and in the rest of the world, you would surely like HLN on Roku. HLN, which stands for Head Line News, brings you news of the world to your living room TV screen.

Apart from news, the channel specializes in true crime programs. The news it delivers covers every topic, from national and world affairs, politics, sports, entertainment, weather, business, and so on.

You must be wondering by now how you can possibly watch this channel on your Roku. So let us get on with the article to know all about it.

How to Stream HLN on Roku?

Even though HLN does not have any designated app for itself, you can easily watch it from the CNNGo app, which is available officially in the Roku Channel Store. You can also use this app to stream its sister channels, CNN and CNN International.

This app delivers all the live broadcasts of its new programs and the collection of true crime shows that are broadcast on the HLN channel. You can enjoy all this and more, provided you have a subscription to any of the popular cable or satellite TV providers.

You can go through the following easy-to-understand steps to directly install the CNNGo app on your Roku from the Roku Channel Store.

Step 1: To begin with, you should connect the Roku streaming player and the TV you wish to watch, using the HDMI cord. Also, make sure to plug in the power sockets of both devices and switch them on.

Step 2: Push the home button on the Roku remote, and Roku’s Home Page will appear on the screen. Making sure the internet connection to the Roku device is strong enough is important so that you can install the app smoothly.

Step 3: Now, move the cursor to the Streaming Channels option on the left side panel of options and select it to open the Roku Channel Store.

Step 4: Scroll down a bit and you would now see the Search Channels option. Tap on it and type in CNNGo in the empty search field.

Step 5: Choose the app appearing in the search results to open its preview page. Go to the Add Channel button and click on it to start installing the CNNGo app on your Roku device.

Step 6: Wait while the app is downloaded and select OK in the confirmation prompt.

Users must activate the CNNGo app on Roku to gain access to all of its content, including the HLN channel.

Step 1: Start with launching the CNNGo app on your Roku device.

Step 2: You can notice the activation code displayed on the screen once the app opens. Note it down somewhere.

Step 3: Now, grab a laptop, PC, or smartphone, open any web browser of your choice, and go to the page https://edition.cnn.com/activate/.

Step 4: The opening page would display a number of platforms. Choose Roku. Then enter the activation code you noted down in Step 2 and tap on Continue to Verify.

Step 5: Sign in using the credentials of your pay-TV provider account and all the content would finally be loaded onto your Roku screen. You can dive right into it now.

Alternative ways to Watch HLN on Roku without cable

Have you already cut the cord and worried about not being able to stream HLN on Roku? We are here to solve all your problems with this live TV streaming service list that provides HLN streaming app among its channels. You can simply subscribe to any of these services and enjoy quality news and crime shows on HLN.

These are the streaming services that has HLN app

Sling TV offers up to 3 simultaneous streams and 50 hours of cloud DVR storage. It has a vast on-demand library as well that you can dig into. It also provides support to a variety of different platforms like Windows and Mac PCs and laptops, Android and iOS devices, 4th Generation Apple TV, Amazon Fire TV, Roku, Chromecast, Nexus player, Xbox One, and more.

You can record up to 50 hours of long content on its cloud DVR storage, stream it on 2 devices at the same time, and even create 6 customizable profiles. Its huge on-demand library is what makes it even more special. It also has great platform support allowing you to stream it on any device of your choice, anytime, anywhere you want.

Thus you saw all the steps you must go through to add the HLN app to your Roku. You can also stream it from the above-mentioned streaming services and enjoy all of its popular crime series like Forensic Files, How it really happened with Hill Harper, and Something is killing me. We hope you found all the help that you were looking for and liked this article. 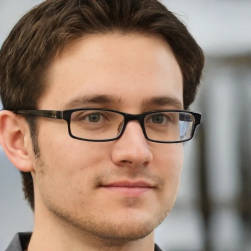 Mark is a Freelance Technology Content Writer for Apprupt.com, living in Sacramento, California. He has been writing professionally for How-To Geek, betanews, Noupe and Agility PR Solutions News as a ghost writer. His primary focus is on topics related to technology, gaming, web services, cyber-tech and smart home solutions. He graduated from California State University with a degree in journalism as his major, which made it possible for him to pursue a career that he loves so much - writing about the latest technological advances and how they can be effectively utilized by businesses and individuals alike. His content is informative yet entertaining, always providing useful insights into the various aspects of the digital world. Follow him on Linkedin, Muckrack, Twitter