MTV is an American cable channel, based in New York City. It is the flagship property of the MTV Entertainment Group, which is a part of Paramount Media Networks. The channel aired music videos, initially.

As of now MTV is a leading youth entertainment brand and claims to be the best place to watch the network’s original series, latest music videos, and celebrity news. And thus, people are eager to know if MTV offers a free trial and if it does, how can one get it. In this article, I am going to talk all about it.

Does MTV have a Free Trial?

Whereas others provide only a few or even only one MTV channel. Thus it is up to the customer’s streaming preferences to decide which provider to choose.

Apart from this, you can get a 24-hour pass from MTV’s official website, which serves as a ’24-hour free trial’. AT&T TV, Philo TV, FUBO TV, YouTube TV are a few examples of internet TV service providers, streaming MTV channels.

You can Watch MTV free, with the ‘Philo TV free trial’ for 7 days and you must know that it is the most recommended method for MTV free trial because of its low cost.

Philo TV is a cord-cutting TV service provider offering networks like Discovery, AMC, MTV, etc. It does not provide local channels to keep its costs low.

With the Philo TV basic pack, the user will get MTV1, MTV2, MTV Classic, and MTV Live free for seven days. It is the most favorable for many users, looking primarily for MTV as it provides 4 channels of MTV at the lowest cost possible, whereas other internet TV service providers offer only one MTV channel on their cheapest plans.

The cost of the Philo TV subscription after the free trial is $20 per month for all 59 channels which is amazing.

You can watch MTV free, with a ‘DIRECTV STREAM money back trial’ for 14 days. DIRECTV STREAM or also known as AT&T TV is an expensive alternative in the cord-cutting TV space but offers a lot of extras and channels to its subscribers.

With the cheapest package of DIRECTV STREAM, the user will get only one MTV option, which can be a deal-breaker for many users.

However, more expensive packages offer MTV1, MTV2, and MTV Classic, but sadly, are not available for a free trial. The cost of a DIRECTV STREAM subscription after the free trial can range from $65 to $80 depending on the package chosen by the user.

You can watch MTV free, with the FUBO TV free trial for 7 days. FUBO TV is a sports-based cord-cutting TV service provider. With FUBO TV, the users will get only one MTV option.

However FUBO TV is a low-cost alternative for streaming MTV, it is only worth trying if you are also looking for all the sports channels, FUBO TV provides along with MTV.

Thus, if your primary preference is to stream MTV, then this might not be the best alternative for you. The cost of a FUBO TV subscription after the free trial may range from $17.99 to $49.99 depending on the package chosen by the user.

How to Cancel your MTV Free Trial

Now that you have chosen your internet TV service provider to stream MTV for free, you might be wondering, how to cancel your free trial without incurring any unwanted charges.

The free trial can be easily canceled by the user, by visiting the TV service provider’s website.

The user just has to visit the service provider’s website and signup, then proceed to the ‘Account Details‘ option and look for the ‘Subscription/plan‘ option and cancel it.

Due to the auto-debit option on the credit/debit cards, the user must cancel the trial 24-hours prior to the renewal of the subscription or termination of the trial. 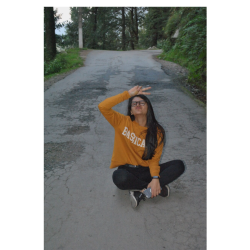